It can be safely said that there are movie westerns and there is “Unforgiven,” certainly the best western Clint Eastwood ever made and perhaps his best movie of all time. The film upends the usual western trope of the good guy taking care of the bad guys with his trusty six-shooter and getting the girl in the process. In “Unforgiven” there aren’t really any good guys, just flawed human beings making bad decisions and then suffering from the consequences.

The action starts in a brothel when two drunken cowboys attack and disfigure a prostitute for laughing at one of their small penises. The local sheriff, Little Bill, played by Gene Hackman, assesses a penalty of a string of horses to be paid to the madam. The other prostitutes do not consider this sufficient justice for the maiming of their sister, so they raise money to be paid to the first person who kills the cowboys. Little Bill is outraged by this business proposal. He allows neither guns nor the criminals who carry them in his town.

A loud-talking braggart calling himself the Schofield Kid calls upon a reformed bandit and gunfighter named William Munny, played by Clint Eastwood, asking for help collecting the reward. Munny had left killing behind for the love of a good woman, who subsequently died and left him with several children to care for. He is at first, reluctant but realizes that his farm is failing and that he needs to provide for his children’s future. So he sets off, collecting another retired gunfighter played by Morgan Freeman along the way.

What follows is a story of carnage that serves as a great meditation on violence and its consequences. When people die in “Unforgiven” they do not drop decorously in the middle of the street after a quick draw confrontation. They die messily and whimpering for their lives. Anyone who sees this movie will forever after think twice before imagining that Wild West justice is cool or glamorous.

Richard Harris makes an appearance as another gunfighter named English Bob, who is also seeking to collect the reward. He travels with a biographer, a dime novel writer who makes the legend to be far more appealing than the reality. English Bob comes to a bad end like most of the other characters in the movie.

Eastwood’s accomplishment in “Unforgiven” is all the more remarkable, considering that he has played characters who have laid low dozens of evil-doers through the decades with barely any regrets. In what he calls the last western he will ever make, Eastwood tells a story that is more authentic and appealing than any of the spaghetti westerns he strutted and slaughtered in. Netflix subscribers are in for a treat, whether they are watching the movie for the first time or the tenth. 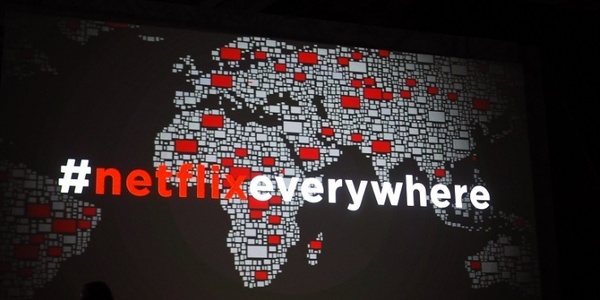